The Cute Variant of Smile 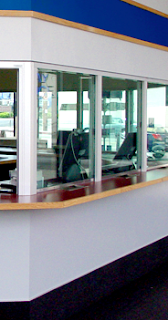 Smiles have many variants. The best one is not the winning smile. I had to purchase wife's medicines from the same - Doctor's nearby - medical store in the evening while returning from office. I reached there; keeping my paper at glass-pane window of ‘L Shaped’ medical store, I started explaining my requirement to chemist. This one for 15 days and this one ...The other guy spoke, 'what about mine? I am here in the queue...’ Chemist said, 'Sir, the other guy is working on your order.' He was standing on his toes too close to the glass-pane to keep track of his request to make it served quickly.

He was in his thirties, in a narrow bottom blue jeans sporting a rim-less spects. A round neck grey-white stripes sweater was successfully fitting his paunch. Getting impatient, he asked, 'Where has he gone yaar?' The chemist said, 'Sir, Aapki ek medicine stock me nahi hai...' A maid was dusting the racks, cleaning and wiping some with collin cleanser. She was about 13-14 years old, sporting two beautifully done braids. She was wearing printed suit. She started wiping glass-pane window. She was moving her hands in order to make it look most transparent ever. Suddenly, her hand moved close before the guy standing closer possible to the glass-pane. It felt as if she has wiped his face. The guy was astonished. The girl was overwhelmed. She turned, moved quickly two steps away, turned back flashed her smile on our impatient gentle man. Now was the invocation of the best type of smile. That rendered aesthetically on our guy's face. He tried hard to stay calm. He blushed. He tied his lips hard. He again broke in to smile, silently. It was as if he has been touched with utter soft rose-petal spontaneously. Though nothing really had happened. It was just the surface of a glass. He couldn't stand on his feet. There was momentum. He stepped into Sardar ji's feet standing in the queue just behind him. He forgot to look for the other chemist. He was peeping for the girl and her smile was still dominating his actions.