Discover Happiness Quotient: Talk to a person aged < 7 or >70 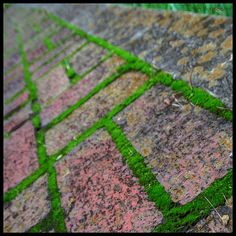 I quickly came out of station and adjusted myself among 7 already seated passengers in a six-seater. It started jerking and jolting; trying to keep itself away from muddy roads. Almost everybody wanted to drive in the middle of the road as most of the footpaths and other lanes had sewage water overflowing on.

After walking about some 15 mins more, I reached home. Water, tea and other discussions about new constructions dominated the feeling of filthy roads. House had been rejuvenated with well-polished stones, walls well-plastered and painted. Nice. I always wanted my home look like this.
Dinner done and after little post-dinner family discussion everybody reached bed.

My niece – Betu, 6 years old - shouted from terrace, ‘jaldi upar aao; I have something to show you here.’ I opened main gate and directly went upstairs. She showed me boundary walls there and said, ‘look at these bricks. This beautiful grass has grown on the borders of these bricks. It looks so beautiful. Isn’t it?’

The moss has covered the old wall on the joints of the bricks. It was really looking beautiful with amber bricks washed by rains and fresh green moss on the borders. She asked, ‘Are you carrying phone? Click me with this background.’ I have taken her pics and shown her.

Bhaiya came and asked, ‘what’s your plan for today as Tauji is not well and we have to go to see him.’ I said, ‘we will go in the evening.’ Betu said, ‘papa, I am going downstairs; Mumma is calling.’ Bhaiya resumed, ‘Some cement and other materials are left; these left over boundary walls will be plastered after rainy season. It is really difficult to manage mason and labors. It has taken 6-7 months and lots of money for entire work done on ground floor.’

In the evening, Bhaiya called me from his office and said, ‘yaar, come to my office. We will go to see Tauji directly from here.’ It started drizzling but I reached Bhaiya’s office. Bhaiya said, ‘It’s Shrawan maas; we will go to Anandeshwar Mandir and then will go to Tauji’s place.’ Anandeshwar is famous Shiva temple in Kanpur.

I said, ‘Let’s go to Tauji’s place first and we will go to Mandir tomorrow as tomorrow is Monday.’ He said, ‘You will not be able to have darshan even after 4 hours standing in queue tomorrow. Shrawan maas, Monday and Lord Shiva…People nowadays have become more religious; you know? Let’s have Mandir visited today only.’

We reached there in 45 mins or so. We have had darshan after about 1 and half hours in long queue; little struggle; little water and milk poured on our heads. We had lost our patience at 2-3 places where people were trying to break the queue. Bhaiya said, ‘it’s quite late and raining heavily; let’s return home. We will go to see Tauji tomorrow.’

The next day passed just like that and we reached Tauji’s place. Tauji was sitting comfortably on his bed with a pillow at back. He said, ‘Good that you both have come. But this time after about 6 months.’ We smiled. Bhaiya asked, ‘How is your health now? ’ He said, ‘Oh, that night, I just got up to go to toilet and my heart-beat suddenly increased so much that I could even hear that. I had near death experience beta. I couldn’t breathe nor did I have strength to even call your Taiji. Then I collected some courage and called her. She managed to get me back to bed and gave me water. After about an hour, I settled. The next day your Bade Bhaiya took me to Doctor. He said that my heart was very weak and was functioning only 40-50 percent of its work. Beta, I am more than 75; what else is expected from my heart?’ he smiled and continued, ‘but now I am quite relaxed; doctor has prescribed good medicine.’

Discussion continued, we had tea and namkeen. We told him that earlier we planned to come yesterday but we went to Anandeshwar Mandir and got late there. He said, ‘I used to visit Lord Shiva every Monday of Shrawan Maas till last year but now my heath doesn’t allow me. Though today, I am very happy. I have been asking my Mali to give good Bel leaves for so many days. You know all the Bel leaves have 3 leaflets in each. Lord Shiva is very fond of 4 leaflet Bel leaves. It is very rare but I got one today and have offered it to Him. I am feeling blessed.’ He continued various experiences of his life and learning.

We returned home; I was thinking about the factors driving one’s happiness. For one it’s ‘Moss’ for other it’s the 'number of leaflets on a Bel leaf'.