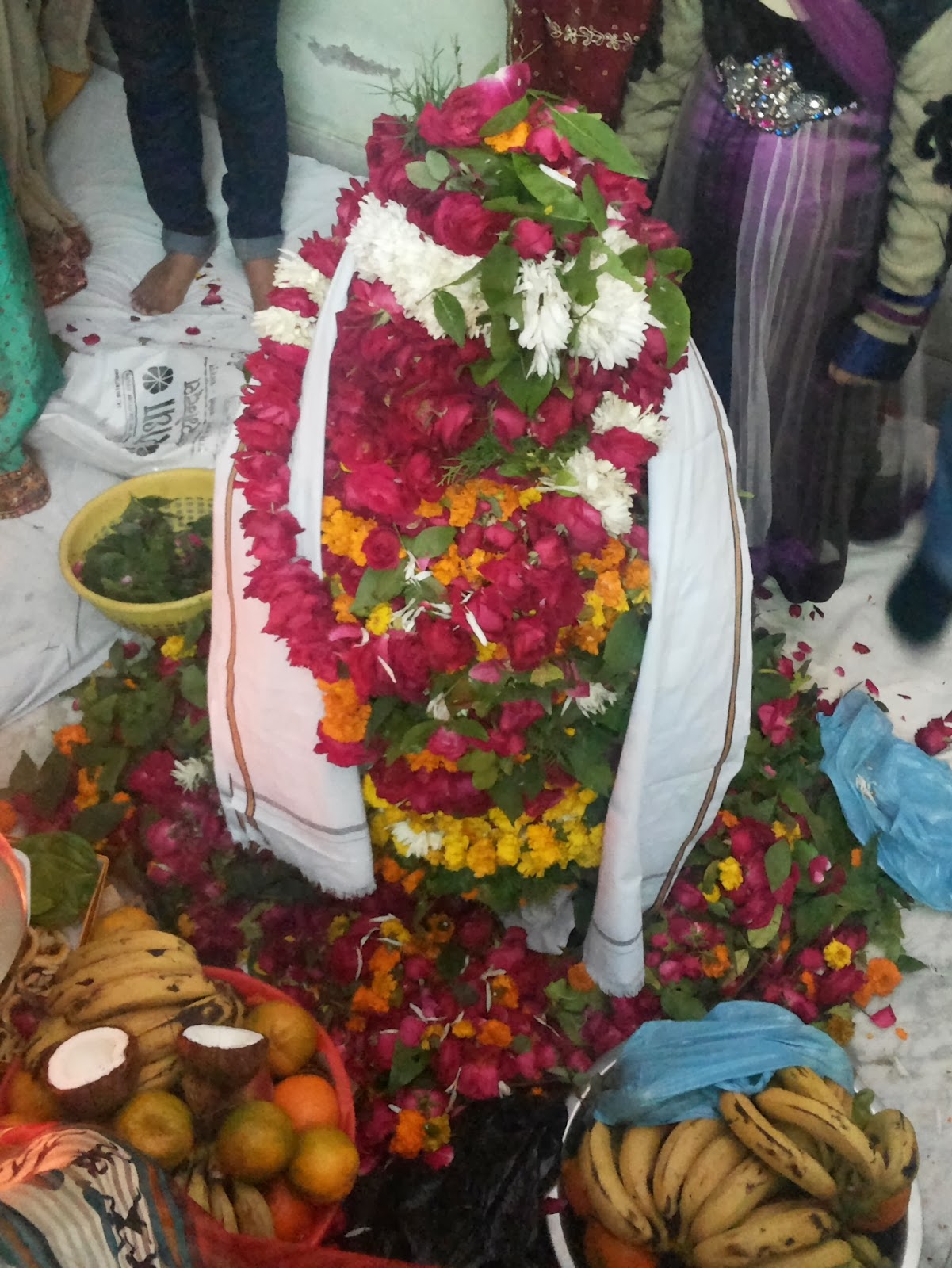 It was a winter morning. Sun was hazy. Five reverend priests were chanting sacred hymns from Rig Veda on an auspicious occasion in presence of extended family members. The deity was been given the shape with clay by one of the priests. The lead priest explained – don’t you all have a doubt about the significance of worshiping the deity made of clay? Aren’t we worshiping a non-living object? He himself replied, ‘we are worshiping the supreme creator, earth is the mother of every living thing so is the significance. Every living thing has dynamism in some or the other way and the supreme power is static with reference to all of us.’

He resumed chanting the hymns - difficult to understand yet filled with immense spiritual nectar. Soon the Shiva-Linga, goddess Parvati, Ganesh, Kartikeya and Nandi were placed on a small wooden decorated base. All the deities were offered spiritual bath with water of Ganges, honey, sugar, milk and curd. One of the priests further offered sandal-wood paste; marijuana leaves paste, sweets and fruits on the deities. The lead priest instructed everybody present to offer 100 objects- that may include flowers, bel-leaves etc- to lord Shiva while he utters 100 of His names. He quickly started driving the activity.

This had completely changed the environment, priest had made the puja activity interactive just like management trainers do. There was a lot of dynamism getting poured in- the energy of hymns and quickly made offerings. After every 100 names, one of the priests used to encircle the Shiva-Linga with a garland and used to encourage other devotees from back of the row to get involve. The sequence went on till 1100 names. Lead priest told that the sacred hymns contain the positive energy and strengthen the gods.

Marigolds, roses, daisy, bel-leaves were getting piled up and had taken shape of Shiva-Linga – A unique balance of offerings encapsulated with energy of hymns.  He had shared His energy with every individual and every individual has offered his energy to Him. The energy dissipated had turned the surroundings pleasantly warm. Devotees were contended with spiritual satisfaction.